“Ever since I was a child I have had this instinctive urge for expansion and growth. To me, the function and duty of a quality human being is the sincere and honest development of one's potential.”
― Bruce Lee

Okay, let's get right into this one...

I've always loved this quote because it goes o the heart of what martial development should be all about the pursuit of one's full potential as a warrior.

I’ve covered some of this before but I’ll just go over it again as it pertains to Subtle Muscle Control. Then I'm going to get into a method of developing greater subtle muscle control which is a technique I call Stripping and how I teach people to rid themselves of any bad movement habits.

Adumbration is where we get this “foreshadowing” of another person’s movement, feeling the impressions of their bodies, their intent, their direction and speed, their adjustments to your movements. Adumbration is also the ability to recognize their reactions to your movement in real-time where you can change your movement to alter their perceptions of what they think is going on long enough for you to take advantage of their confusion. It’s all about recognizing these impressions to get ahead of movement and deliver strikes at supernatural speed. This is a critical aspect as to why you want to develop the proper level of subtle muscle control in all that you do. 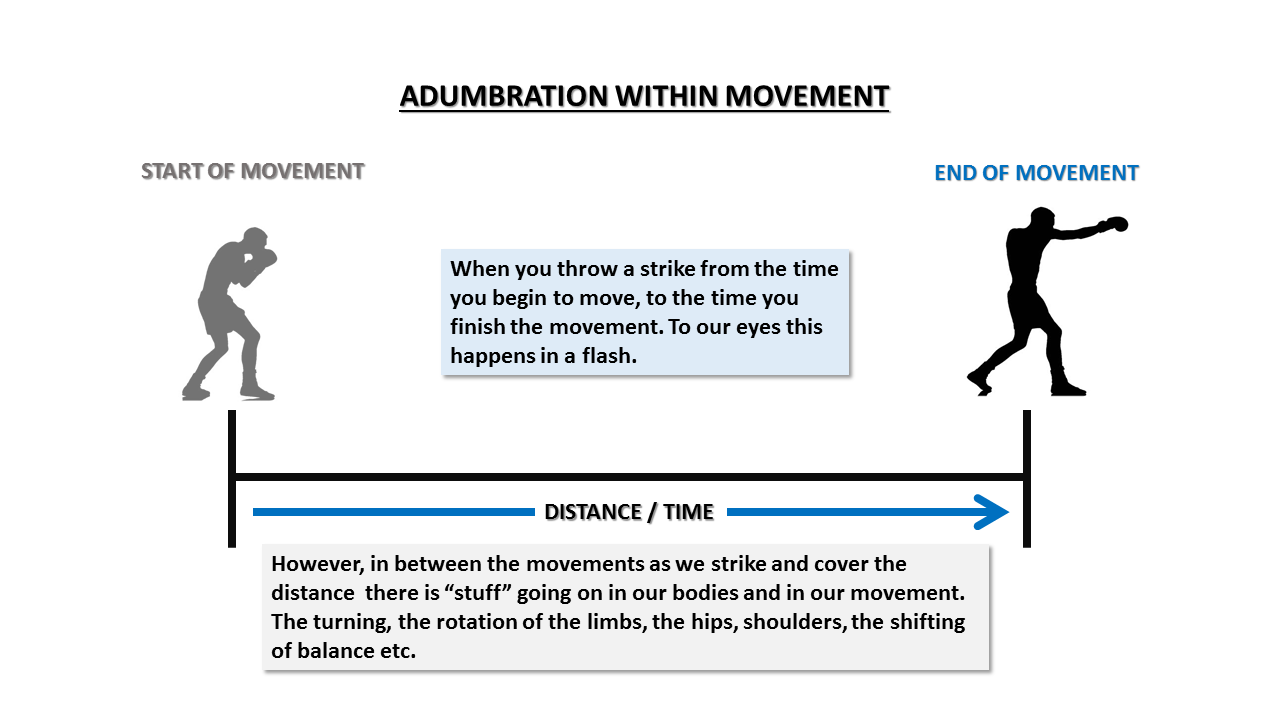 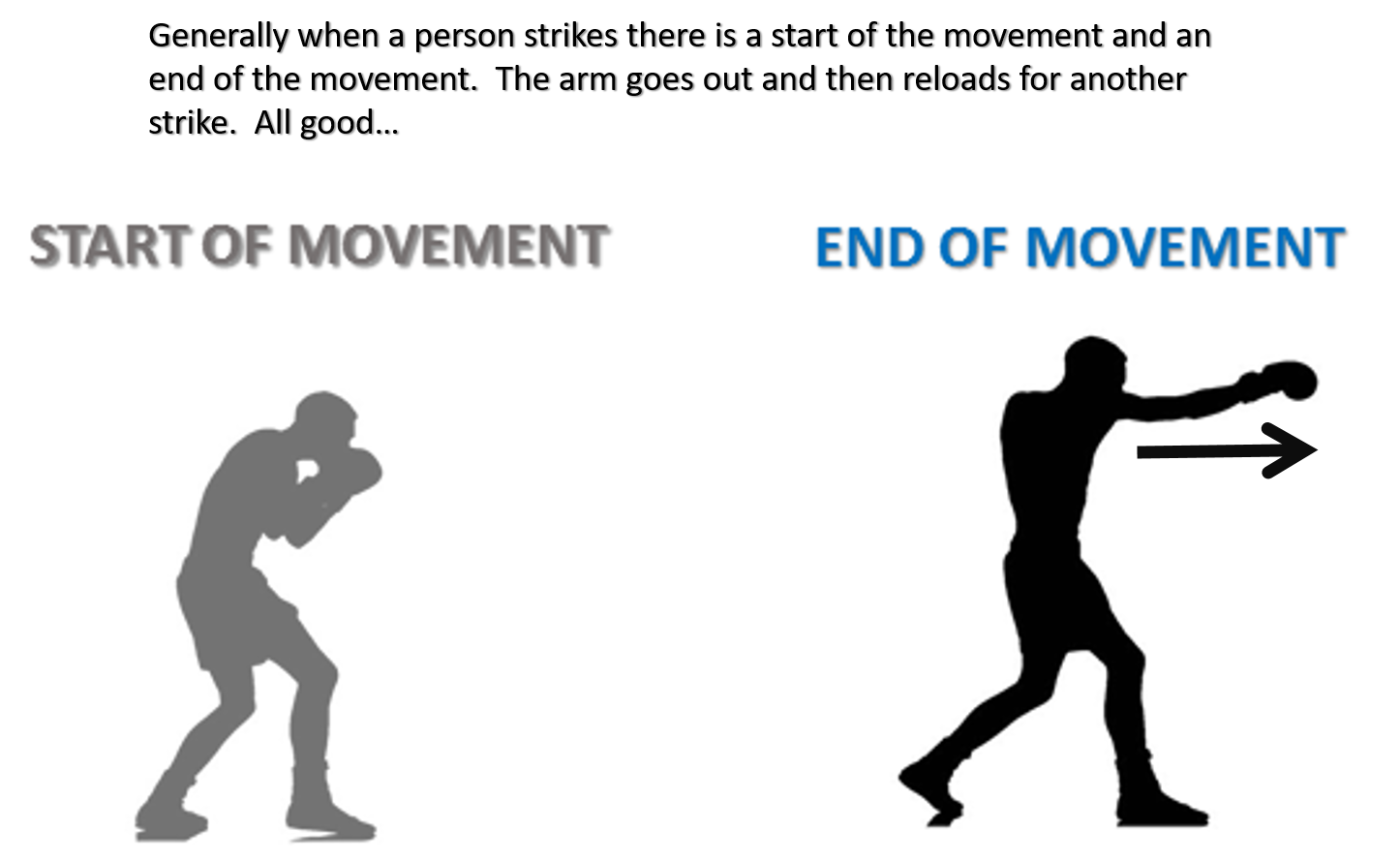 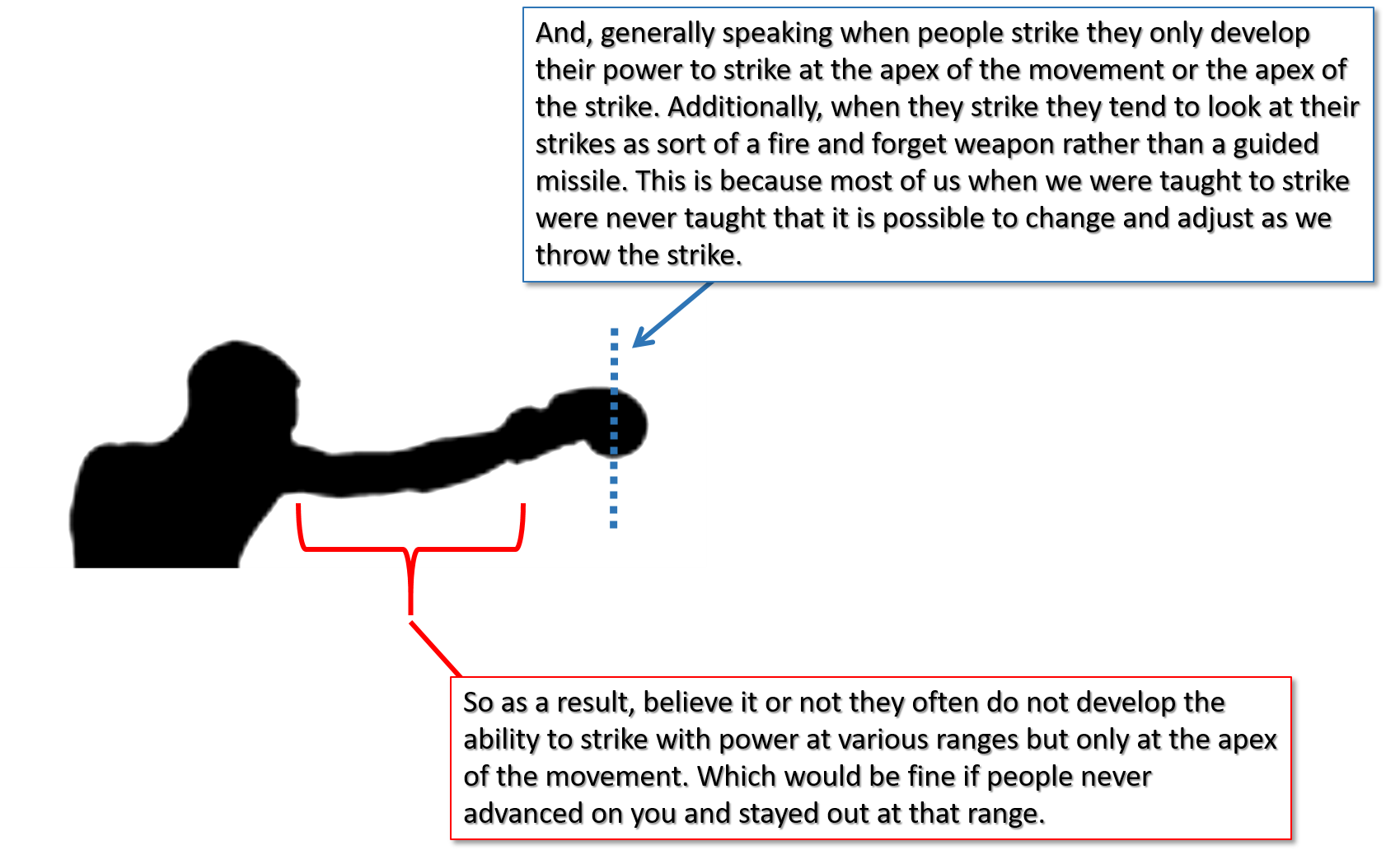 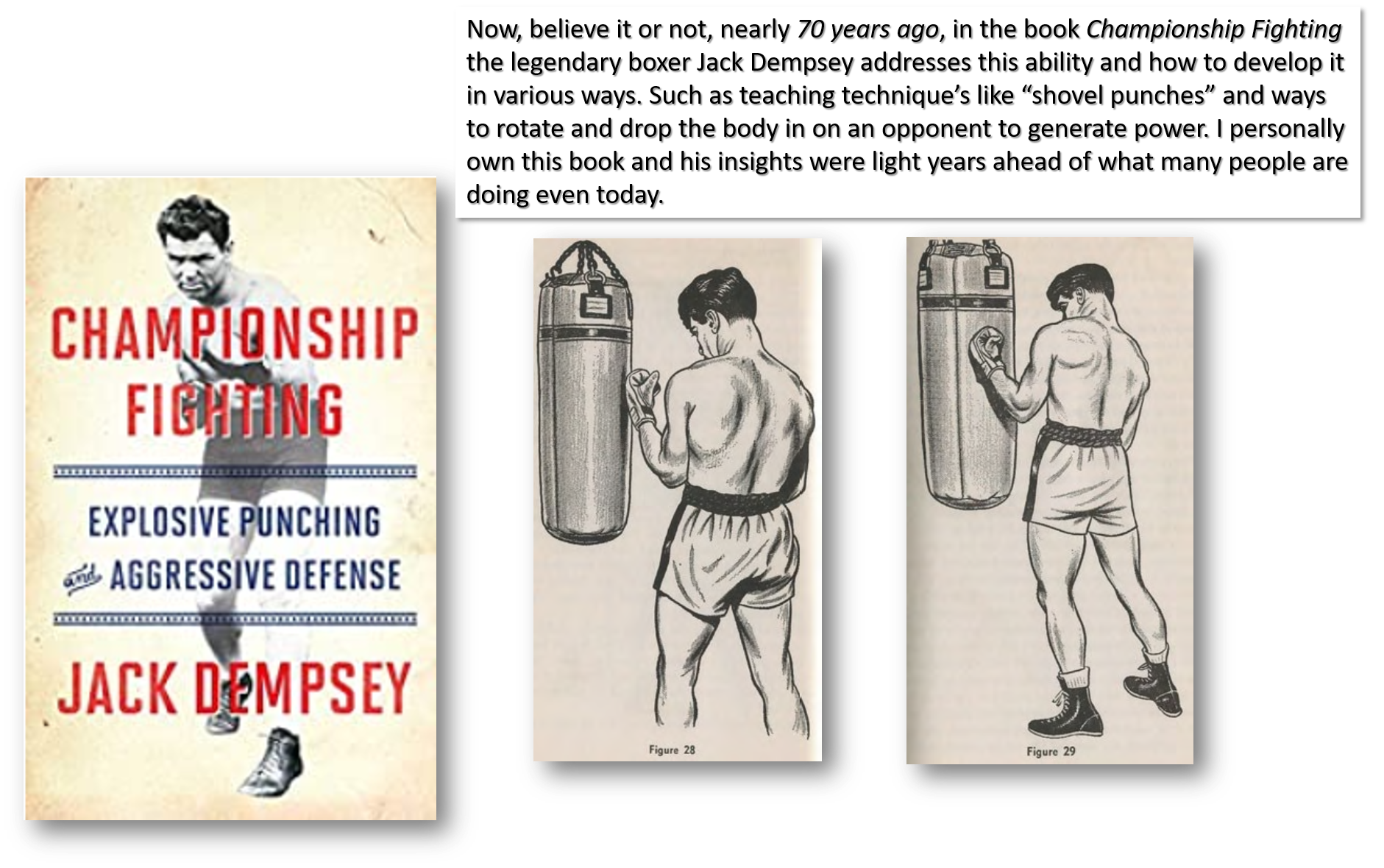 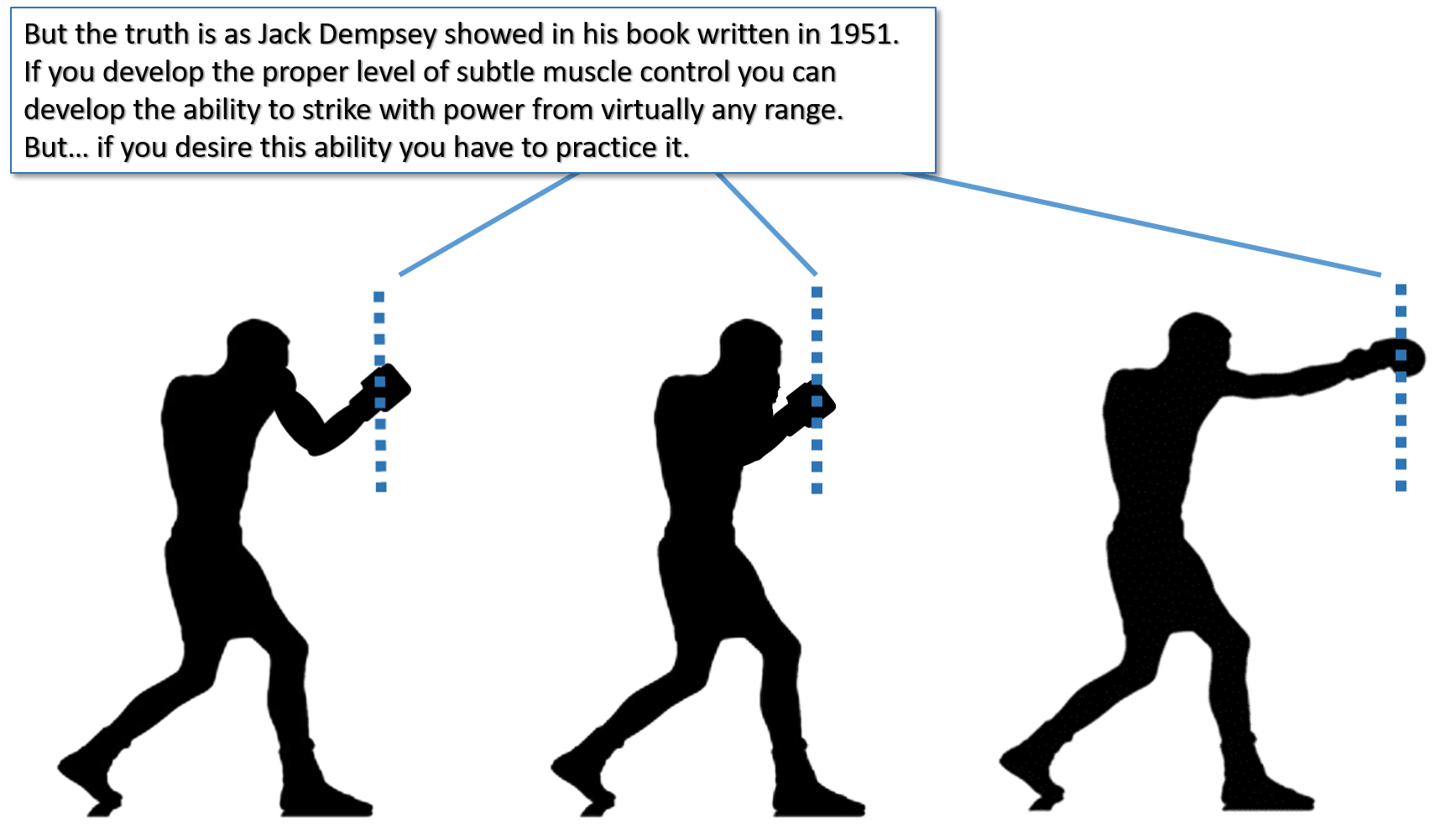 “It is not a daily increase, but a daily decrease. Hack away at the inessentials.”
― Bruce Lee

Stripping as I describe it in Warrior Flow is just that stripping away all of the bad habits, all of the subconscious extraneous movements. Once you remove all of the little tics, aberrant movements and subconscious bad habits we all have within our movement. You can then reintroduce movements with purposeful habits that prevent you from moving for the sake of moving whereas you move when you choose to for the purpose of deception or to reduce over-travel in your movements.

You need to exorcise these demons of you are to develop the level of subtle muscle control and adumbration to not only change within the movement but to get ahead of their movement and play where the puck is going to be. This requires extreme focus and constant practice until this way of moving as little as you need becomes just the way you move.

Behold I Reveal A Mystery...

“Be true to the thought of the moment and avoid distraction. Other than continuing to exert yourself, enter into nothing else, but go to the extent of living single thought by single thought.”

― Tsunetomo Yamamoto, Hagakure: The Book of the Samurai

This type of movement precludes and transcends any and all techniques and is generic to whatever you want to do. In other words, by training in this fashion, you can then train yourself within reason of course given whatever physical capabilities you may have to achieve whatever you want.

“The less effort, the faster and more powerful you will be.”
― Bruce Lee

My point is if you are training to fight for your life why would you hesitate and fuck around with it when the whole point is to end the situation as quickly and with as much ruthless efficiency as possible?

How you train is how you will fight and if done right. You can train yourself to be able to do pretty much whatever you need to but again if you know how to train to do the thing you want to do.

Let's just say once you understand what a thing is and how it works you can then develop a modality of training to develop the skills you desire. Stripping is a major tool in moving towards that end.

1) they're never taught it in the first place so, they don't practice it;

2) they were taught how to do it but they don't focus on or practice it;

3) they don't think it can be done especially at high speed so it doesn't exist for them within their reality. They just can't see it in their minds;

4) they do not understand the importance of controlling their mass. You have to learn to control your entire mass when you accelerate but also learn how to "decelerate" to some degree at the right moment before your either stop or change the vector(s) of your movement and;

“Although this may be a most difficult thing, if one will do it, it can be done. There is nothing that one should suppose cannot be done.”

― Tsunetomo Yamamoto, Hagakure: The Book of the Samurai

For those who think this cannot be done well, you better have a talk with all those kids who play football, basketball, soccer, hockey, lacrosse, baseball, tennis, volleyball, boxing, kickboxing, wrestling, Jiu-Jitsu, gymnastics, and on and fucking on...

Now, true a fight for your life has a different dynamic but you know what doesn't change?

How the human body moves within the laws of the universe. Fast is fast and strength is strength and movement is movement. Anyone who tells you different is cheating you out of what can be done. I see this kind of shit on Facebook all the time.

As one of my old Gunny’s in the Marine Corps used to say,

"...they're just pissing in our ears Sir and trying to convince us that it's raining."

You've got to love Staff NCOs they have best sayings when it comes to cutting through the bullshit. In other words, don't let anyone piss in your ear trying to convince you a thing is something other than what it is. Trust your own good judgment and like I'l keep saying throughout my blog posts. If you desire to achieve these levels of skill that I describe you need to have the personal courage to take the leap of faith in your ability for yourself.

Okay, enough on that.

How To Practice Stripping

“To me, the extraordinary aspect of martial arts lies in its simplicity. The easy way is also the right way, and martial arts is nothing at all special; the closer to the true way of martial arts, the less wastage of expression there is.”
― Bruce Lee

“All that matters is having single-minded purpose (ichinen), in the here and now. Life is an ongoing succession of ‘one will’ at a time, each and every moment. A man who realizes this truth need not hurry to do, or seek, anything else anymore. Just live in the present with single-minded purpose. People forget this important truth, and keep seeking other things to accomplish.”

― Yamamoto Tsunetomo, Hagakure: The Book of the Samurai

In Warrior Flow, we don't bifurcate the fight into this or that. The fight is what it is. So we train for what the fight is and don't give a shit what it is because if we're training with the right mindset. There's no ambiguity about it and no need to figure it out because we already know what it's all about but more importantly what to do about it.

Anyway, as I repeat myself, it's simple if you train to do it and you have the physical capability to do it and it's within the laws of physics and human physiology then it can be done. The point is you're either trained or you're not. So train right and work the skills you desire to crush the fucking bad guys after all they're human as well.

At the end of the day, you need to train in a manner where they should be more worried about what you're going to do to them than the other way around.

P.S. for those who want to learn more about how to develop this type of movement.

Check Out Our New E-Learning Training! 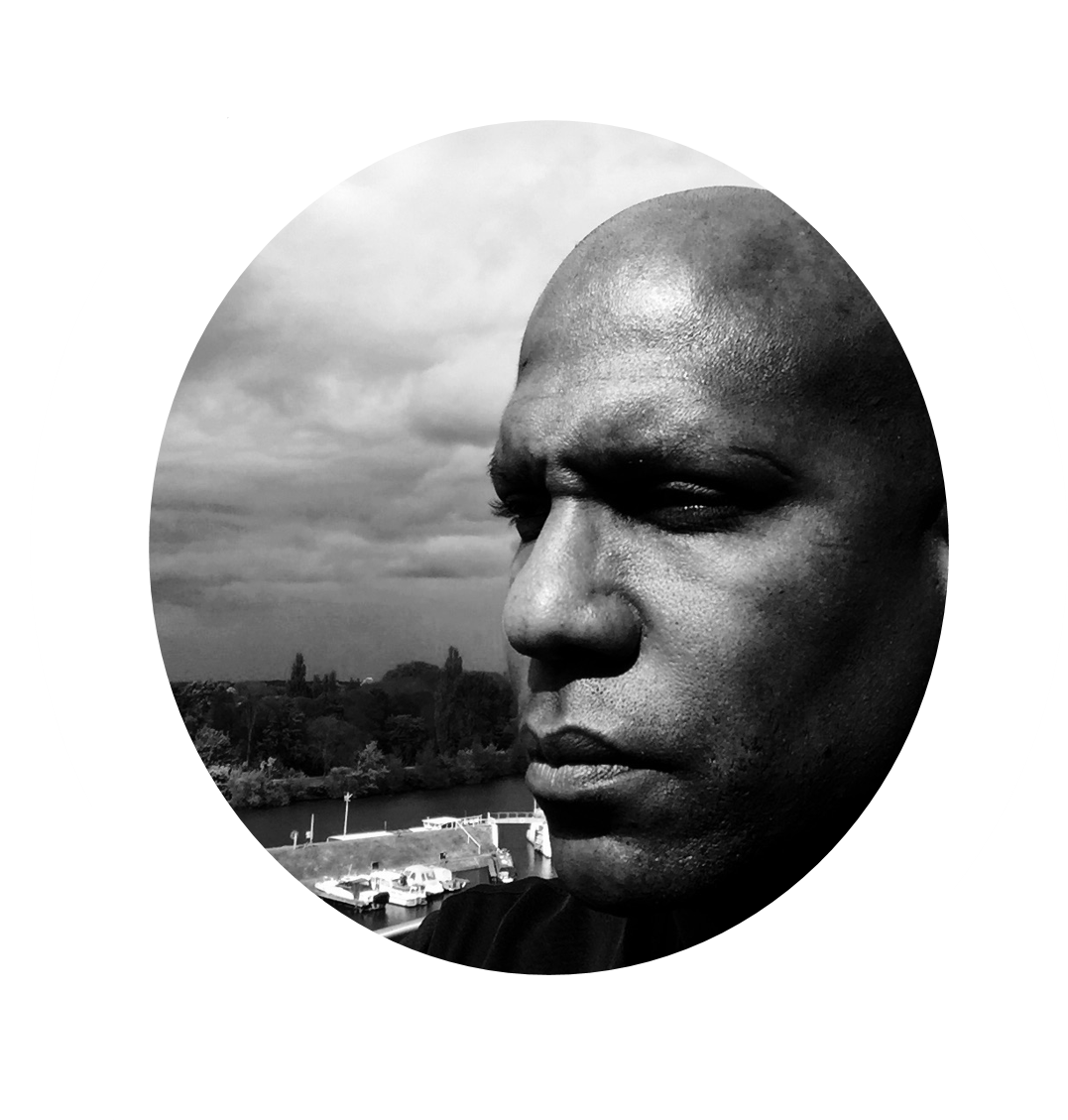 Al Ridenhour is a retired Lieutenant Colonel in the US Marine Corps with 28-years of service active and reserve with multiple combat tours to Iraq and Afghanistan. He has also served as a Law Enforcement consultant to the NJ State Police Special Operations Section, NJ Transit Police Operations Section, The NJ Regional Operations and Intelligence Center, the FBI Philadelphia Bomb Section, and subject matter expert to the US Department of Homeland Security's, Explosives Division. With nearly 40-years of Combative Arts experience, he is recognized as a self-defense expert worldwide and is highly sought out for seminars, workshops, lectures, and special individualized training.  He is the author of "Warrior Flow Mind" (2020), Co-Author of "Attack Proof: The Ultimate Guided in Personal Protection (Human Kinetics, 2010) and the Co-Author of "How to Fight for Your Life" (June 2010).