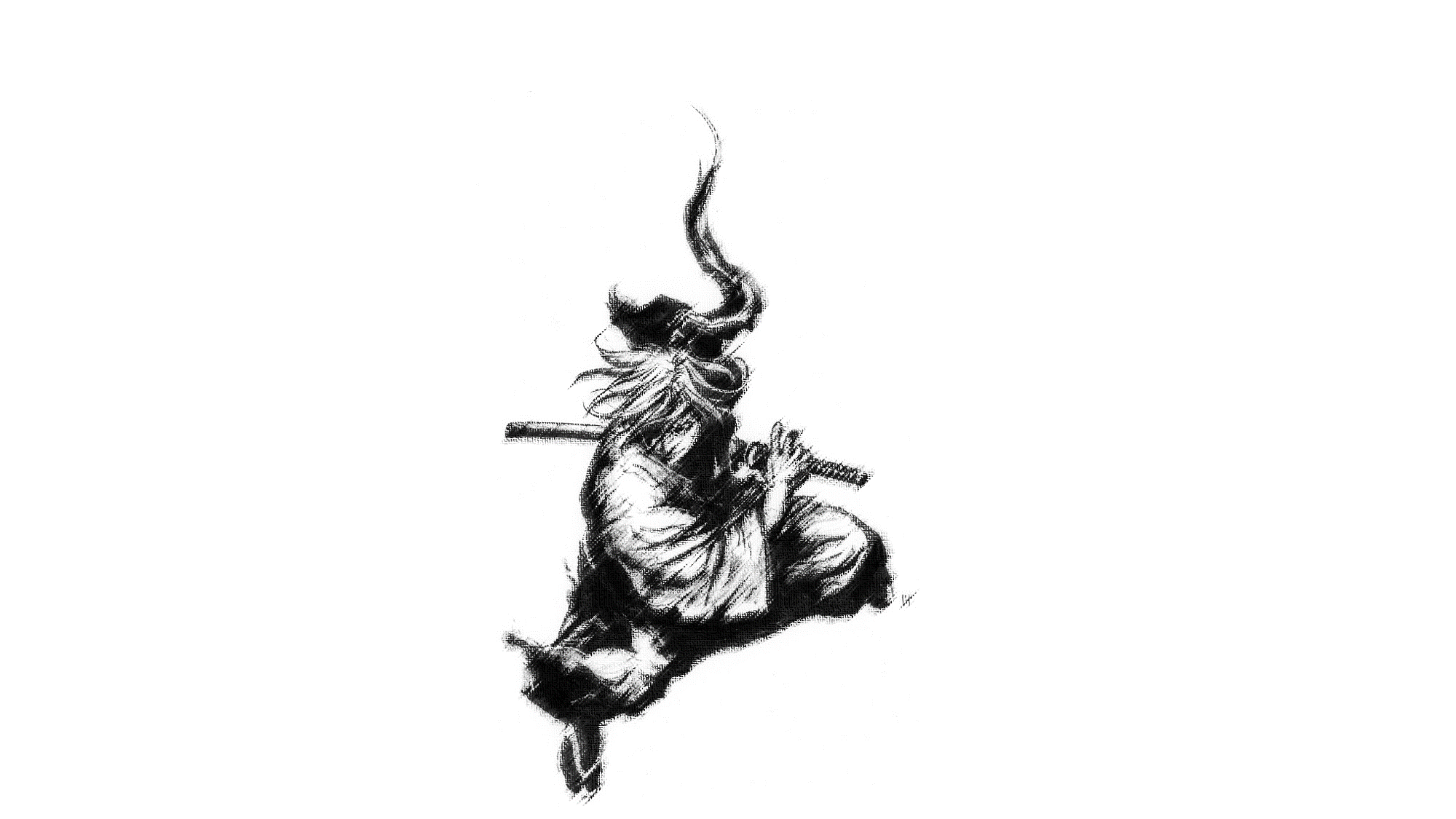 Warrior Flow is a martial art founded by Al Ridenhour, a retired Lieutenant-Colonel of the United States Marine Corps.

During his 28 years of service in the Marines, “The Colonel,” as his students refer to him, participated in 100 combat operations and four tours of duty throughout hotspots in the Middle East.

Yet he also has behind him 40 years of martial arts training, 30 of which centered in Guided Chaos, a system of combat in which Master Al became a 7th-degree black belt and of which he became a Senior Master Instructor before he decided to break off and establish his own art, Warrior Flow.

I have am a student of Warrior Flow. My training has occurred, and continues to occur, under the tutelage of Warrior Flow instructor, Art Reynolds, of Lancaster, Pennsylvania; Warrior Flow instructors, Master Instructor Mike McNulty and Senior Instructor Kevin O’Leary, at their school, Warriors Way Combatives in Ho-Ho-kus, New Jersey; Senior-Master Instructor Yosef Susskind of New York; and, of course, Al Ridenhour himself, when he holds seminars in Philadelphia, PA and at his own home in Briarcliff Manor, NY.

What follows are one student’s reflections on this art which, despite being new, is only as new as a past that has been rediscovered. 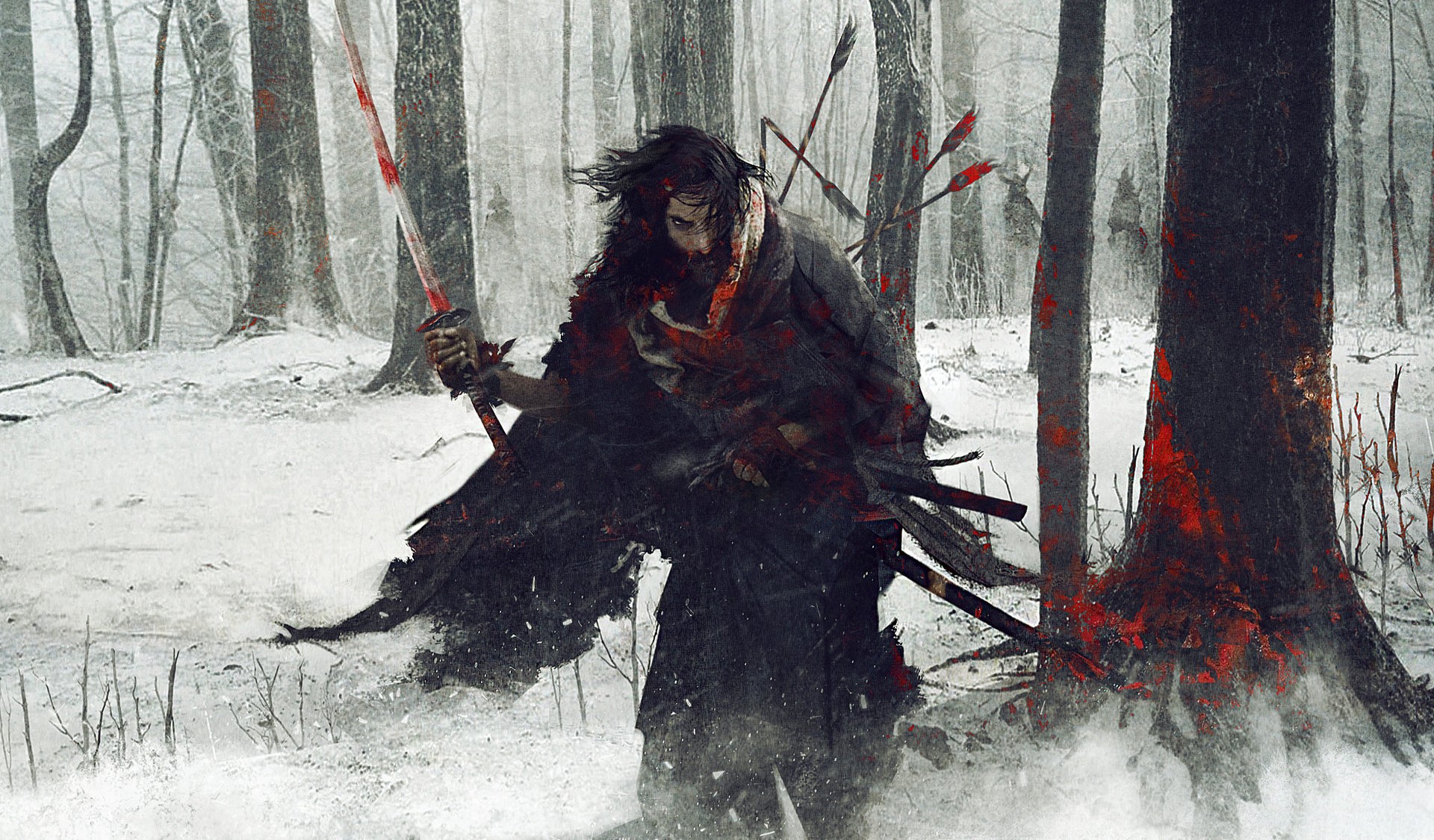 Quite the contrary—and this is the point: There is basically a multiverse of martial arts. At the very least, there are two “universes” of martial arts:

Warrior Flow, being a genuine combat system, a variant of what is commonly known as “World War II Close Quarter Combatives,” is a martial art patterned on the model of war.

World War II Close Quarter Combatives were originally pioneered for the sake of preparing young American men—none of whom had ever fought in war and many of whom may not have had much if any experience at all with violence of any kind—for hand-to-hand combat in the European and South Pacific theaters during WWII.  Within six-to-eight weeks or so, our boys had received all of the instruction they were going to get in a handful or so techniques that, assuming they wouldn’t hesitate to employ them with ruthless efficiency, would maximize their odds of achieving victory in mortal combat over the enemy.

All combat systems are martial systems meant to empower students for war.

As the legendary self-defense/combat instructor and founder of American Combato, Professor Bradley Steiner, famously put the idea thus: “Self-defense is war in microcosm.”

This being so, everyone and anyone who trains students for purposes of self-defense should supply their students with a curriculum designed to make them victorious in war.

It means that students who are genuinely interested in learning self-defense need to understand that they should settle for nothing less than instruction in methodologies that will enable them to claim victory in war over their enemies.

In an earlier era these were facts that no one would have thought to state, such was their self-evidence.  After all, “martial,” as in martial art, means “of, or pertaining, to war.”

In this day and age, though, given the commercialization of the martial arts and their reconfiguration as sports, this point needs to be made explicitly and repeatedly.

In war, there are no opponents, as there are in martial and pugilistic contests, so-called “combat” sports.

There are only enemies.

In war, there does not exist in advance of an encounter, as there exists in competitive sports, a battery of rules regulating the conduct of participants with regard to one another.

There is a reason, a damn good reason and one that, given all of these differences, should be self-evident as to why my instructors in Warrior Flow have repeatedly underscored for me the ontological distinction, the fundamental incommensurability, between MAS and MAW:

Training in a MAW—like Warrior Flow—is necessarily training for the sake of maiming and killing those who would attack innocents.

There are other physical, psychological, intellectual, and even spiritual benefits to be reaped from training for war, but the ultimate end, that which defines the art as the kind of art that it is, is the end of vanquishing from the Earth any and all who would make of themselves Enemies of the human race by attacking innocents—whether oneself, one’s loved ones or any innocents who one is capable of protecting.

Warrior Flow is a real martial art in the sense that its whole point and purpose is to make of its students' warriors, men and, yes, women, who possess the confidence, the ability and will, to remove the villainous from the planet if such time for doing so should ever be upon them.

Master Al’s mission statement is unequivocal and to the point:

“I’m teaching you,” he informs his students, “how to kill the bad guys.”

The CATEGORICAL IMPERATIVES of Warrior Flow 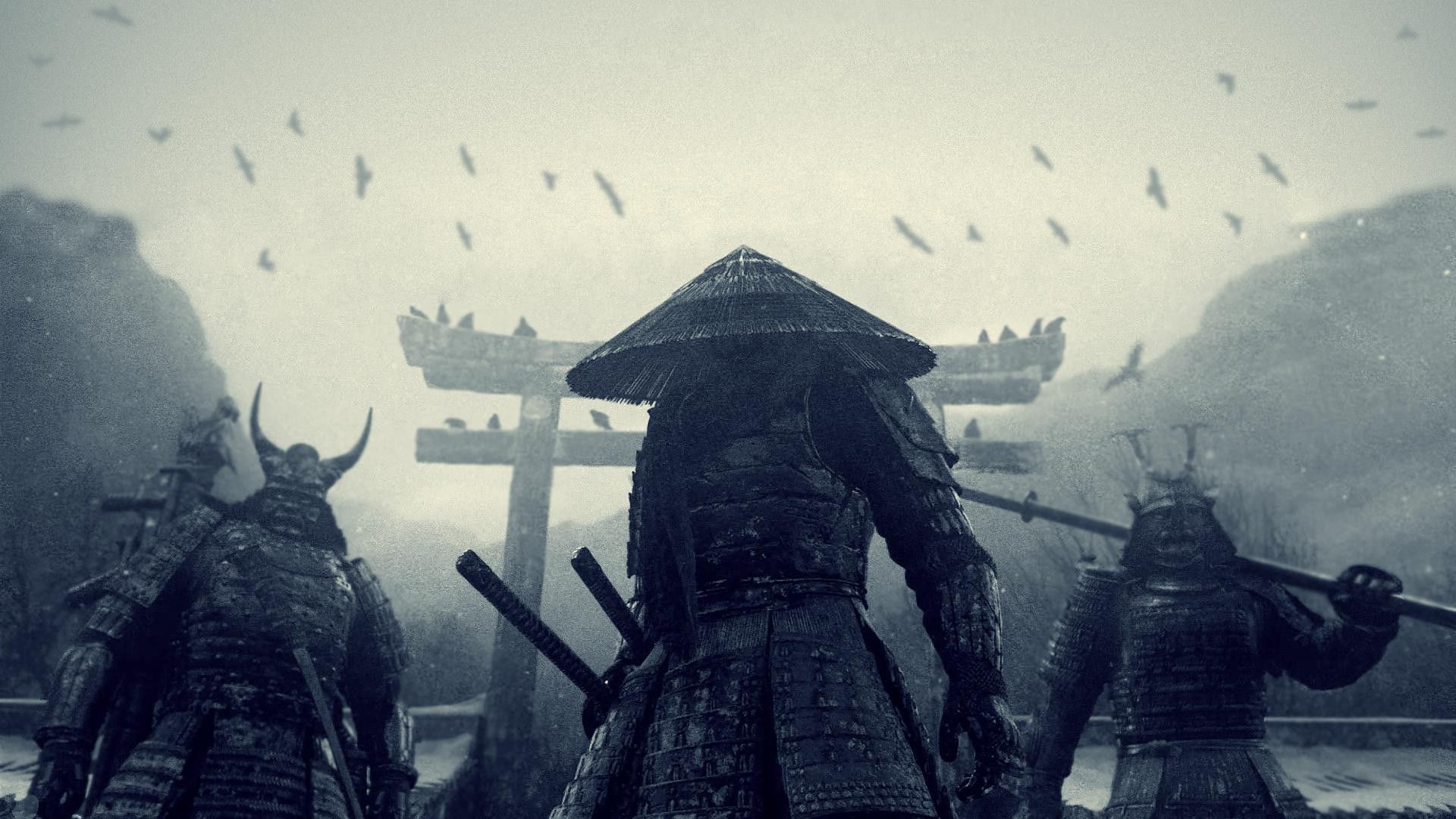 The 18th-century German philosopher Immanuel Kant distinguished conditional or hypothetical imperatives—“Close the door if you don’t want to catch cold,” “Study hard if you want to pass the class,” “Don’t be unjust to others if you want for them to trust you,” etc.—from absolute or categorical imperatives—“Close the door;” “Study hard;” “Don’t be unjust,” and so forth.

Moral imperatives, Kant believed, are always categorical, for their binding character is not dependent upon any other considerations.  It’s not “Don’t murder” if you don’t want to be arrested and sent off to prison; it’s simply, “Don’t murder.”

The Logos or Knowledge Maxim is the imperative to know how the universe actually works. It demands of students that they become familiar with the basic truths of both physics and human physiology.

Fighting, not unlike any and all other human activities, is constrained by the laws of the universe. Such laws include, of course, both the ways in which the human body operates as well as the ways in which human perception occurs. The drills for Warrior Flow are all intended to make a person more familiar with the truth of two fundamental axioms.

The first is what we may call the Pan-Body Principle:

The second is the Principle of Uniqueness:

“There are certain ways in which my body moves that are unique to my body.”

Each principle rests upon the Natural vs. Normal Thesis (NNT). The latter, in turn, presupposes the Teleological Postulate.   The Teleological Postulate is the same postulate endorsed by most pre-modern thinkers. The mechanical conception of the universe birthed by modern science and the concomitant decline in influence of more traditional and religious readings of the cosmos attended the separation in philosophy of the descriptive and the normative, of “facts” and “values,” of the “is” and the “ought.”

Warrior Flow, however, is of one spirit with the ancient Greeks, ancient Romans, ancient Chinese, and the Jews and Christians from antiquity to the present in accepting the Teleological Postulate: If x is such-and-such a way, then it ought to be that way.

For example, if x is a knife, then since it is the very nature of a knife to cut, x ought to be able to cut.

Given a lifetime of conditioning our bodies into a state of forgetfulness, of alienation from their natural state, their true selves, we have forgotten the effortlessness with which we once, long ago when we were children, maneuvered our way through the world.

For this reason, it has become normal, all too normal, for us to move our bodies as inefficiently as we do in fact tend to move them.

But just because something has become the norm, means neither that it is natural nor that it is desirable. What it does mean, however, is that because it is an acquired set of circumstances, it can be mitigated and, with enough commitment, eradicated. 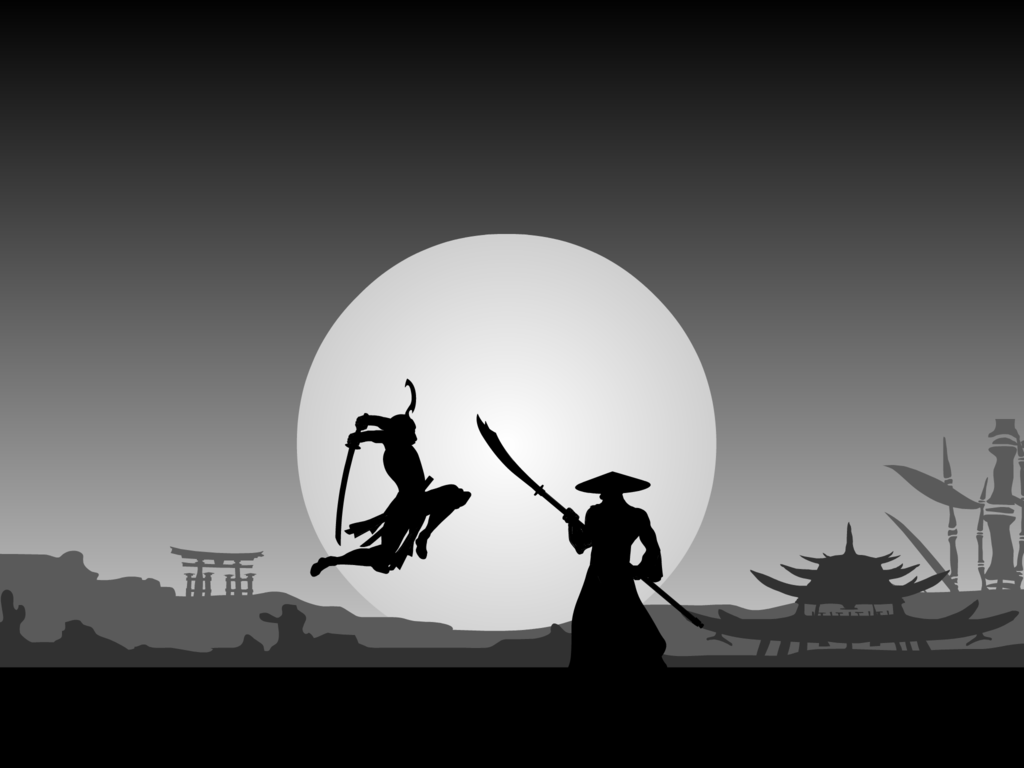 The Action Maxim demands of Warrior Flow students that they always train with an eye toward killing the enemy (the attackers of innocents, or “the bad guys,” as Master Al refers to them).

Notice, the imperative is not “Always kill the enemy.” As Master Al says, neither he nor anyone else is in any position to dictate to a person who is in a potentially life-or-death situation the exact course of action that he should take. For whatever reasons, reasons that perhaps only a person in those circumstances at that moment can know, a person may decide to spare an attacker’s life.  Affirming, as it does, the free agency of the person, Warrior Flow honors its students’ capacity to make choices.

However, Warrior Flow instructors will make sure that its students can choose.  With an eye toward that end, they train them so that they can kill their attackers.

And this, in turn, means that those who pursue training in Warrior Flow must train so that they will be able to do just this. 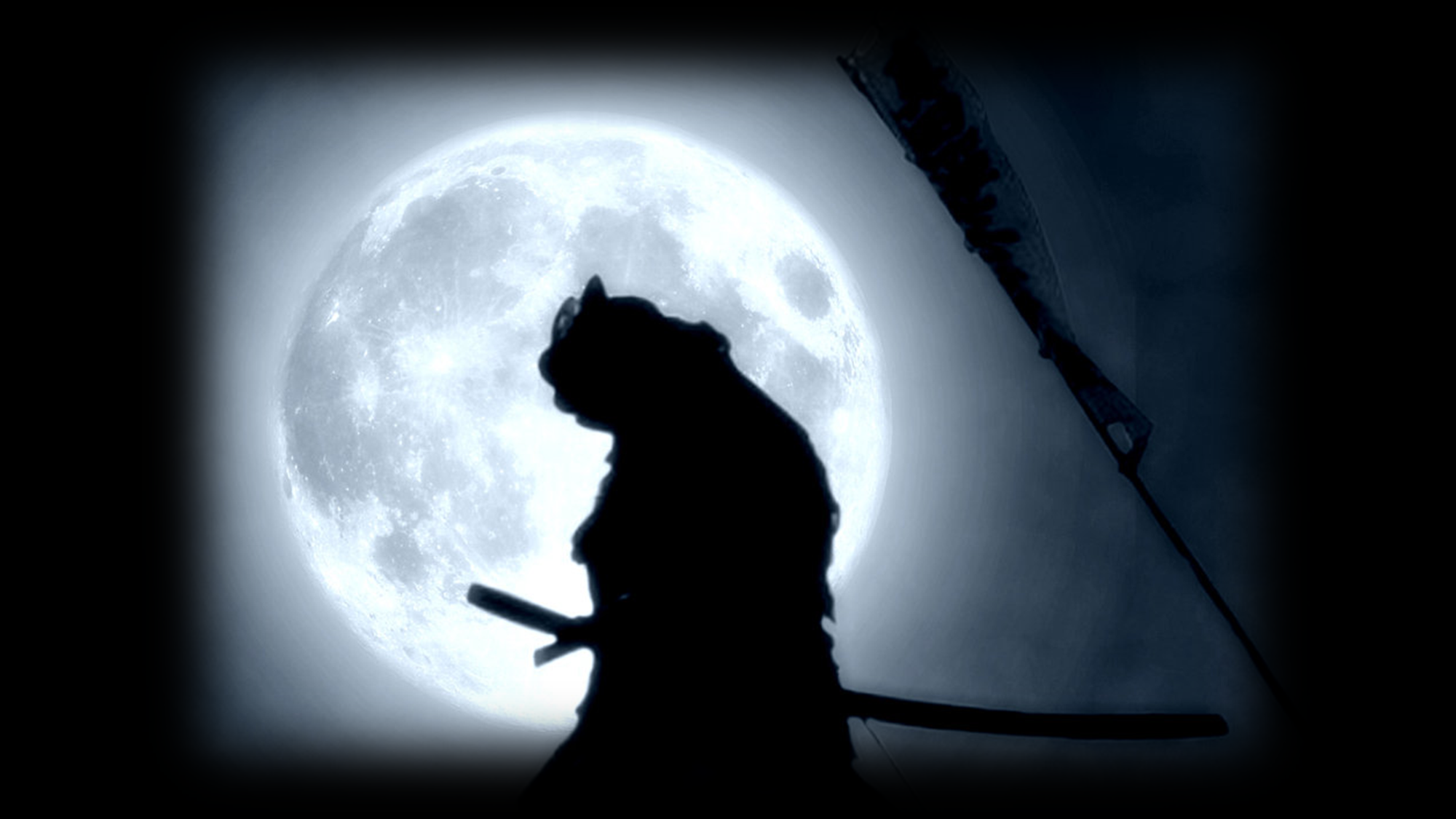 The third imperative, the Virtue Maxim, is nothing more or less than the command that Warrior Flow students always and everywhere conduct themselves with honor.  They are expected to bring honor to themselves, their loved ones, and their art.

Warrior Flow, being an art whose ultimate justification is the equipping of decent people, from all backgrounds, with the ability to eliminate from the living any who would attack innocents, assumes that its practitioners will use their abilities to resolve only potentially life-or-death situations.

“Fights” of the proverbial schoolyard or barroom variety, besides being avoidable and prohibitively costly from a legal standpoint, are beneath the dignity of a warrior.  Warriors don’t “fight” in this sense of the term, in the sense of fighting to “beat someone’s ass” or “fuck someone up.”

Bradley Steiner shared a quotation attributed to a Charlie Reese in one of his American Combato monthly newsletters that sums up as succinctly and accurately as any the warrior’s position on this subject:

Warriors fight to neutralize the enemy by whichever means necessary.  And the neutralization of the enemy could very well consist of maiming or killing him (or them).

For this reason, Warrior Flow students are peaceful.  Yet they are as peaceful as was George Washington when he reminded his contemporaries and all future generations:

“To be prepared for war is one of the most effectual means of preserving peace.”

Jack Kerwick earned his doctorate degree in philosophy from Temple University. His areas of specialization are ethics and political philosophy, with a particular interest in classical conservatism. His work has appeared in both scholarly journals and popular publications, and he recently authored, The American Offensive: Dispatches from the Front. Kerwick has been teaching philosophy for nearly 17 years at a variety of institutions, from Baylor to Temple, Penn State University, the College of New Jersey, and elsewhere. His next book, Misguided Guardians: The Conservative Case Against Neoconservatism is pending publication. He is currently an instructor of philosophy at Rowan College at Burlington County and is an Apprentice Instructor in Warrior Flow.